If in your life you dreamed of living by the ocean in a little wooden beach shack, then Key West is where you can make that dream come true. The original area or ‘Old Town’ as it is known as, is adorable house, after adorable house. The streets are lined with wooden homes, each unique with beachy lifestyle character. I was constantly saying “oh, look at that one…it is so cute!”. Some where run down and over grown with lush vegetation, others were as neat as a pin, but all seem special to in one way or another. As was the governance order, the older style homes have tin roofs, to reduce fire risk. Many of the houses are built in the ‘eyebrow’ style where the roof front eve hangs down below the top story windows. This was a design feature to allow the windows to be open during the rain season. We were told while on a tour that the first houses in Key West were built using shipwreck salvage. The wood from boats was used as there was no other available lumber. I was in house bliss while walking the streets, as I just love timber homes, with wooden windows, wooden doors and wooden fences. Can’t you just see us living in a pink house! The homes were mostly painted in white and light pastel colours, making Key West overall very cute, and very pretty! 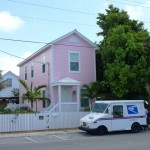 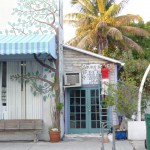 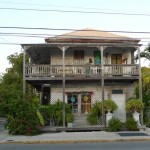 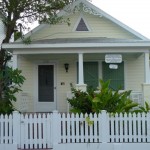 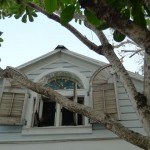 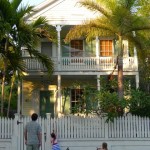 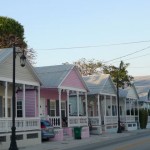 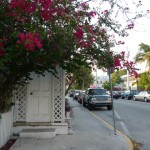 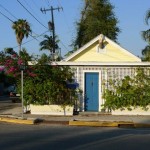 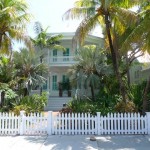 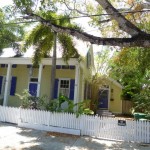 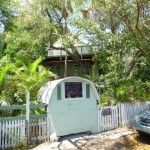 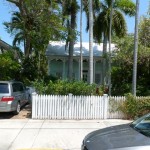 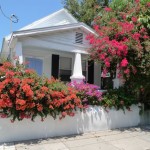 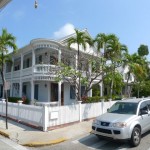 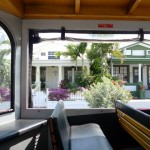 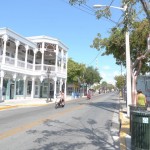 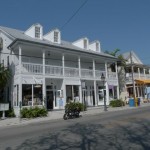 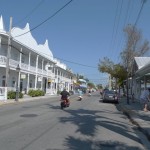 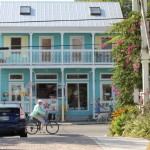