Last weekend while Cam was away on his cruise I took the Girls to the fantastic new Pier 6 Playground on the water near Brooklyn Bridge. Pier 6 officially opened two weeks prior, on Saturday, June 5 and so there were many enthusiastic families like ourselves checking it out for the first time. It looks to be one of the coolest kid’s playgrounds in the city, which includes a water park, a giant sandbox, swings- both single and double seaters, Tarzan style ropes, and a long slides. Set on 1.6 acres of landscaped lawn, with newly planted trees, and tall grass. The sculptural aspect to the park was nourishing, the various dimensions and levels far surpass the average flat gridded play-scape. I was very impressed to see recycling bins, something that I noticed had has been missing in Children’s playgrounds in NYC.

We arrived at the Pier early on Sunday morning, hoping to beat a crowd. By 10am the water park was full of happy wet little bodies. The Girls were not interested in joining the crowded water park and so we explored the other tangents. We really loved the space, it was exciting and new but unfortunately we did not stay long as it was just so very hot and we could not escape the heat…..which brings me to my only gripe with the playground, is that it is missing substantial shade. While there are trees planted that may grow and eventually give shade, the trees will never provide a full coverage of shade needed during summer. By  10am on a Summer day the slides and other metal/steel equipment was molten hot, so hot that even adults dared not touch for more than a few seconds. All the money spent on these beautiful structures which then become dangerously hot in the sun.

In Australia the playgrounds have seasonal shade sails that provide shade when needed. These sails are often white and are triangular in shape and mounted on large poles and drape at angels over a play space. They are interesting to look at, the rain water runs off them easily, and they can be removed at the change of season when shade is not needed. I hope that at some point, shade becomes more of a priority in future playgrounds.

Despite the lack of shade Pier 6 gets a big thumbs up from us, we will put it on the list of places to go again on days when it is not so hot! 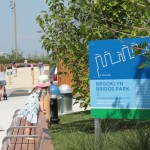 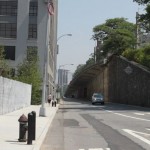 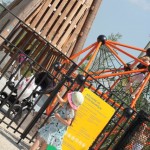 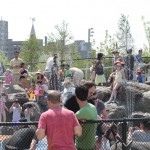 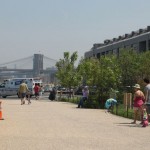 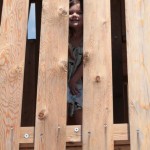 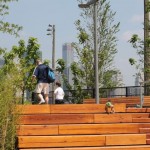 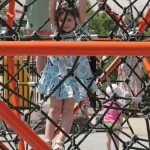 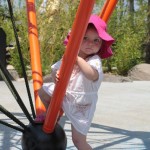