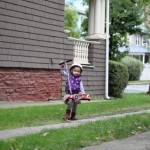 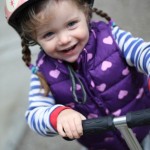 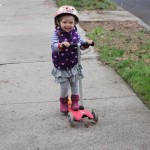 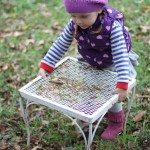 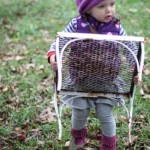 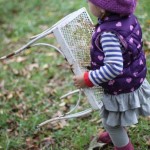 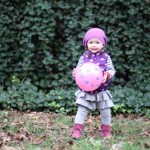 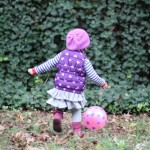 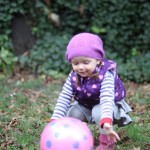 With only a few more weeks remaining until Elle turns two, I have been putting a lot of thought into how wonderful the almost two years have been with Elle in our life. Elle Belle, as we fondly call her is in fact just that – she beautiful – as it would translate in French. Daily she delights us with her cute personality, her adorable mannerisms and her little girl beauty. We are besotted as only parents can be, but her fan club does not stop at us. Friends swoon over her, and strangers stop to marvel at her as she zooms past on her scooter. But this is not for her cuteness alone, but because she is also so very clever!

At 16 months old, when she could barely see over the handle bars and only 4 months after she started walking, Elle began to ride the scooter. Not only would she ride the scooter, but she would also perform ‘tricks’ on it. Elle is confident and active, and bright. By 20 months Elle was out of nappies during the day, and two moths later out of them at night! Elle is animated and talkative and her chatter is as glossy and abundant the hair that grows from her head! Speaking off her hair, gone is the black hair she was born with and instead is light brown wavy hair that falls well bellow her shoulders. Around her face are sun kissed curls.

Elle is capable and determined, and partly her determination seems to come from wanting to be like her big sister. Elle tries to do absolutely everything Maya does, be it tap dancing, climbing up a ladder, or saying bum bum poo poo! But largely it just seems to be who she is. Already we can tell that Elle is a busy bee, and likes to have all her ducks in a row. When we all come in side and take off our shoes. Elle will line them up along the wall. You will often hear her say “I can do it” and she will try and try and try until she does…don’t even think about helping her put socks on…

I can’t imagine how many kisses I give Elle daily, but it sure is a lot! When Maya hugs Elle tightly around the neck and says “I love my baby sister” we cherish the special bond they have as sisters. We are so grateful little Elle came into our life. We love you Elle Belle!

2 thoughts on “All About Elle”