By yesterday afternoon the snow was starting to compact, which meant two things…time to dig out the car before it becomes a block of ice, and time to build a snowman! I am yet to build a snowman in the proper method where you start with a ball of snow and roll it and roll until the snow sticks and the ball grows. Since this method was not working, we had to sculpt the snow and pat the snow until we had made a sort of snowman. The snowman was apparently a snow princess…who thanks to Keith the owner of our house, smoked a pipe, a real pipe! 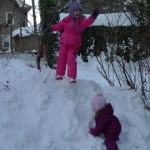 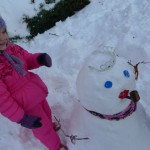 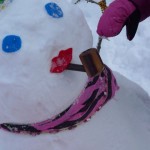 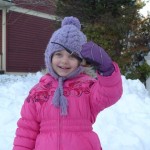 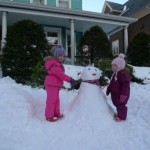 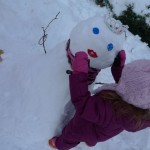 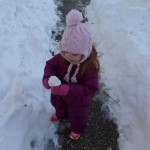 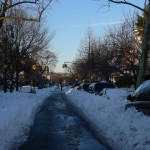 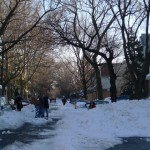