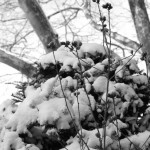 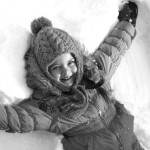 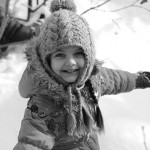 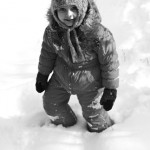 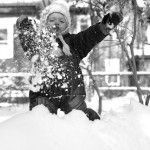 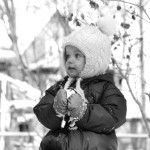 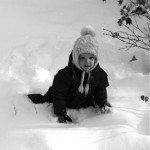 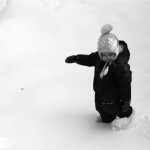 Another snow storm came our way last night. We went to bed expecting at least a foot of snow come morning. When the shutters opened we were not disappointed. Our yard was deep and white and oh so inviting! My first thought was “let’s go sledding”…my second thought was “Where is the sled?”…mental not to self: DO NOT LEAVE THE SLED LAYING FLAT IN THE YARD BEFORE A SNOW STORM! Luckily I had a vague idea where the sled was left and there was the faintest, ever so slight raised impression in the general area, so I found it! The Girls are snow pros now and dived right in. Seriously, at some points they were covered from head to toe in snow! Maya made numerous snow angels and could be heard exclaiming “Mummy the snow is so soft and glittery!”….and it is true, the morning sunlight shining on fresh snow is magical.