With Autumn Equinox this week we felt that it was time for apple picking. Once again we went to Masker Orchard, in up state New York, about an hour from New york City.  Last year we went apple picking a month later than this, which was the end of the season so the Orchard was winding down. This past weekend though was prime apple picking and we, along with hundreds of others frolicked on the hillside between rows and rows of apple laden trees. It was quite the contrast to our previous visit when on a cold cold day in October we were the only folks out picking apples. This visit to Maskers found us milling in a large crowd with a country fair atmosphere. The combination of the mid apple season date, and the beautiful warm sunny weather brought large numbers of people out to enjoy this festive Fall activity.

The Orchard was open to full capacity, which meant we were able to drive our car up the hill and park it high over-looking the valley. By doing this we found the very old apple trees all thick and gnarled with age. Admittedly these trees do not produce the best apples any more, but they are great for climbing. We lay out a picnic blanket in the shade of a tree and enjoyed home made muffins, sandwiches, tea and apples! Growing all around the base of the trees were wildflowers, and so along with apple picking we made little flower bouquets. The air was infused with the sweetest scent, and I could not work out if it was the flowers, or the apples, or a mingling of both. The aroma was light and fresh and smelt like the way apple blossom honey tastes.

After lunch we picked a basket full of apples then loaded back into the car and drove around the farm a little. When we reached the highest point of the road we then headed back down toward the exit. We parked the car at the base of the hill near the barns where there was a petting zoo, live music, apple cider, apple donuts and a shed full of apple type souvenirs. The place was alive and bustling, and we decided that even though it had been a lovely day out, we like apple picking when the farm is quiet and empty, and so will plan on going at the end of the season next year- or maybe even try and find a smaller organic farm.

This week we have enjoyed apple crumble, and apple muffins and on Sunday I plan to make a batch of apple sauce. Looking forward to apples simmering away in the big red pot, the kitchen being warm and steamy and our home smelling like cinnamon. Come on over friends! 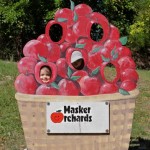 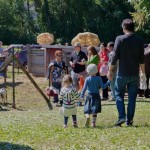 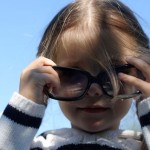 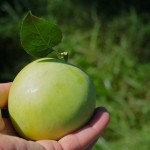 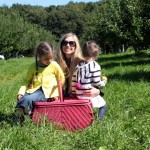 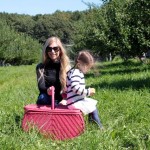 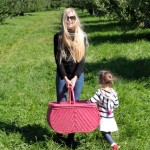 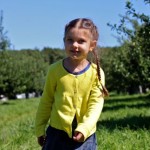 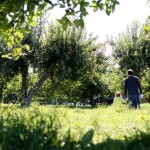 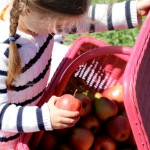 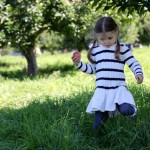 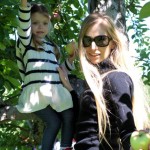 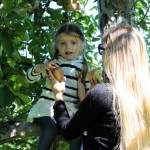 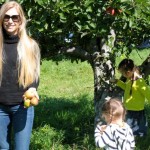 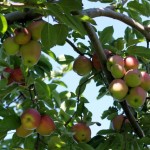 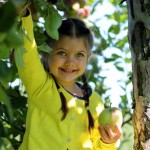 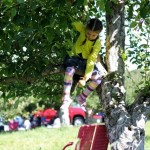 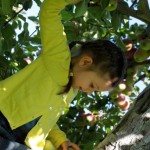 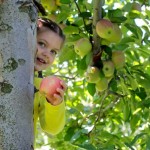 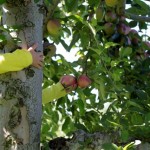 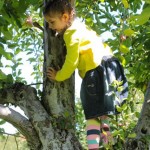 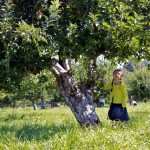 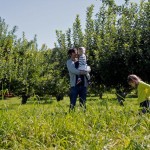 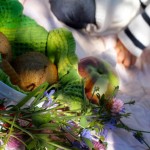 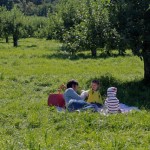 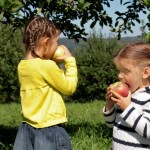 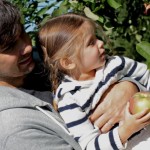 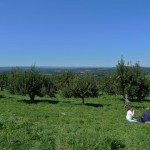