We have had a weekend unlike any other, and there is much to tell, and so I will start at the beginning of the weekend, which for us is Friday night. Friday night we visited the Presby Memorial Iris Gardens for the Garden Aglow. The Gardens are a two minute walk from our new house, and so after dinner the Girls and I walked over for quick look. Nina had mentioned this event a couple of times and we did not really know what to expect, and it turned out to be a lovely outing. There were hundreds of hand carved and decorated pumpkins – jack-o-lanterns of great creative diversity. Some were carved by local students, some by the garden Volunteers, and some by the general public. Entry was free, which is always nice, especially when it is near bed time and we do not want to stay long. Food and beverages were available to purchase. There was live entertainment, a hay bale maze, and a hot air balloon that was being inflated by a giant fan. We were able to go inside the balloon, which was really cool as it was largely orange and so it was like being inside a giant pumpkin!

Garden Aglow is for one evening only each year around Halloween, from 6-9pm. We arrived at 6:30pm and there was a large crowd already in the gardens. We walked around until 7pm and like clock work Elle became tired, so we soon made our way back home again. It is a great family event, definitely a thing we will do it again next year. 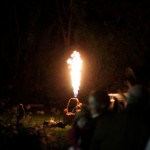 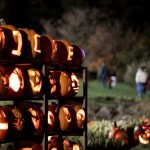 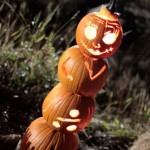 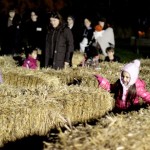 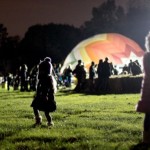 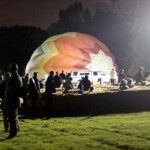 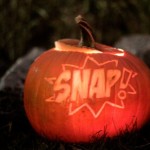 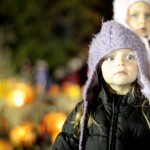 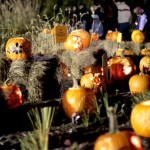 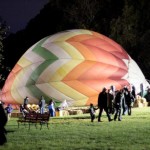 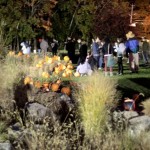 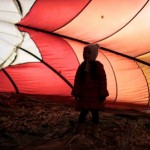 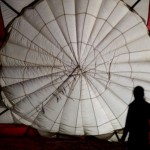 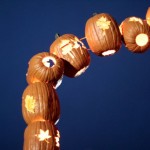 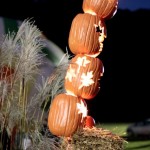 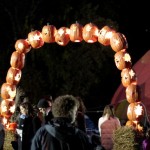 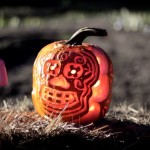 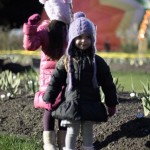 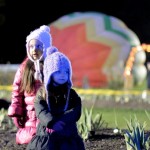