We had the largest snow of the season last night, and so I woke this morning with intentions to build a snow cave. I was delighted when I looked out the bedroom window to see a foot of fresh clean snow. A cup of tea and a bowl of porridge later, I was outside clearing the paths and preparing for a snow cave. I made a snow cave last year and found it so rewarding, I wanted very much to do it again. I have dreams of making a huge snow hut, in  the woods, but while the girls are little, a little one in our front yard will have to do. Perhaps one day if I have more helpers, or bigger helpers we will then have that gigantic snow cave in my imagination. Maya is talking about sleeping in a snow cave one day and so I do hope she stays inspired, and it happens. It is my goal as a mother to keep this imaginative flame alive in my children, I want the girls to grow into adults that say “Let’s build a snow cave and sleep in it!”. I constructed this snow cave in the same method as last year. I made a big pile of snow, and then pat it down and hollow it out. This snow was pure powder and so very light, a wetter snow is better, but I figured by the time I dug and heaped the pile (completely by myself) the snow would have settled and become compact. It did a little, but ideal situations would have allowed for more molding. I think that by tomorrow the snow might be stickier.

An igloo, or Quinzhee,  I have learned this method is actually named,  puts a smile on people’s faces, and I really get joy from seeing people appreciate it. Parents were stopping their cars and getting out to give their children a closer look. Once again, I put glass gar lanterns inside to light it at dusk. It looks so beautiful glowing warmly in our front yard, enchanted, and special. It is a winter treat to play in the snow, and at the end of this project, I am sore and tired, and totally worn out. By doing things like this I keep alive a love of the cold, it helps me stay happy in the months of frozen, dark, barren landscape. Snow is a gift from nature, and by playing in it, our days definitely become illuminated. 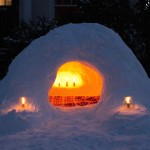 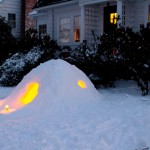 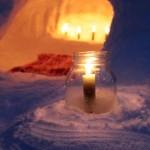 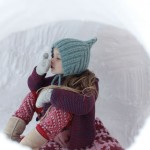 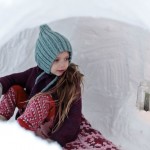 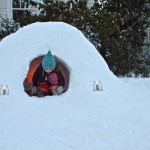 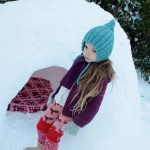 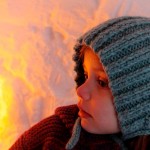 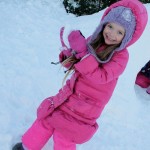 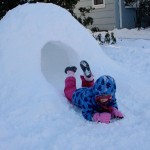 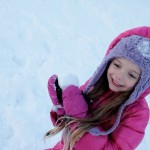 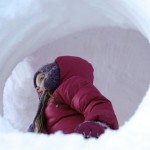 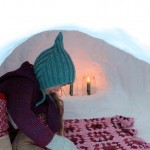 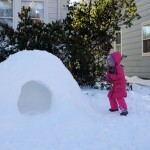 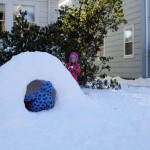 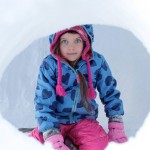