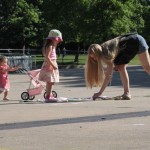 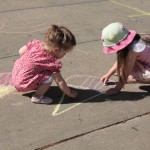 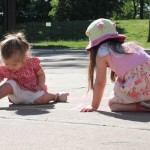 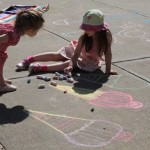 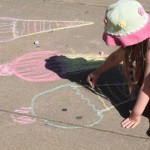 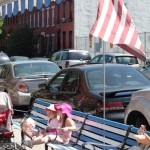 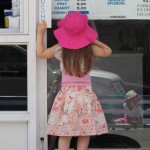 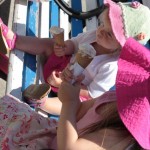 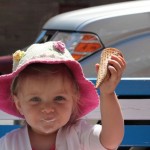 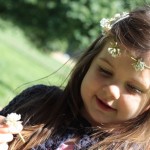 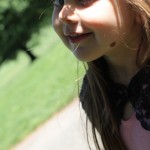 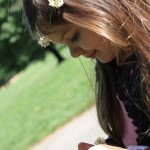 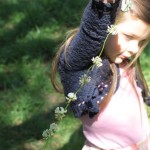 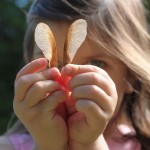 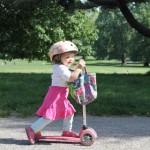 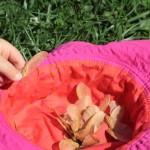 This was our day today! Starting early we were up and out of the house by 9am. We wanted to use our sidewalk chalk and so made our way to the bandshell, an expansive cement canvas. It was a good time to draw, in the gentle morning sunshine. Maya wanted to draw aliens, and then we drew ice creams.

After we were finished drawing we went home for lunch and a nap and then we went back out again for actual ice creams! There is a great little ice cream (Ciao Bella Gelato and Sorbetto, Benfaremo ices) shop down the street called Lia’s Ices. We took Elle there last week for her first ever ice cream cone, and had so much fun that we thought it would be our weekly Friday treat on warm days! I asked Maya what flavour ice cream she wanted and she said “Twinkleberry”. I interpreted twinkleberry as raspberry swirl and the girls where happy with that!

Our ice cream outing led us home through the park. We climbed trees and rode the scooter, and then I found a clover patch and made clover chains. Maya built a fairy house and decorated it with the clover. While doing so we noticed the grass was scattered with the seed pods that I call fairy wings. They look like insect wing, or more magical, the wings of fairies! I am not sure of the name of the tree they are from but this time every year, hundreds of seed pod/fairy wings blow through the air. Maya and I like collecting them and today we made up a game to play with them.