Hallowe’en…the eve when the veil between the spirit world and life as we know it is at its thinnest. The night when you are most likely to see the walking dead, the ghoulish and the wicked…or in our case some really cute kids dressed up in adorable costumes!

With thanks to my Mother for helping out this year, we had a Rainbow & Bee. As you may recall, Maya designed her costume a month or so ago. When Mum saw her design she decided to help Maya’s vision by sending her rainbow leg warmers and arm warmers…and that crazy wig! I had made Maya a rainbow crown and wrist band ribbons, but she opted not to wear the crown and went for Grandma’s wig instead. I will add also for all you out there that are wondering…no, I did not make Maya’s cape – I bought it from a Waldorf inspired store in Byron when we were there last a little over two years ago.

Grandma also sent Elle a Bee costume, which was a great help as I was running out of time to make something for her. To keep warm, Elle wore a black velvet cape that I made – but she decides to take it off so she could have her wings on instead.

With the snow storm reeking such havoc, the neighbouring cities postponed trick or treating until Friday – we however decided that if done during day light and with Adults it would be fine in our street. There are so many children in our block, that with just the neighbourhood children the street was bustling with costumed kids collecting candy. Our Children had more than enough lollies and quite honestly having a low key Halloween was good for their teeth! Our Halloween candy jar is full to the brim, and at one piece a day will last us quite a while… 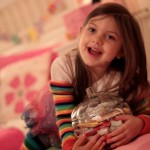 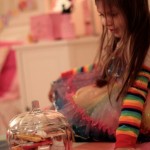 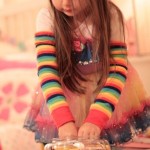 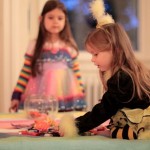 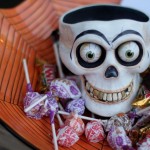 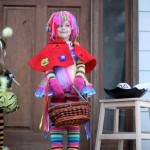 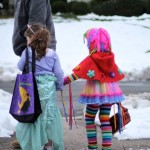 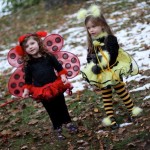 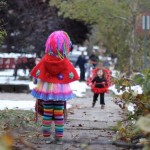 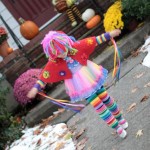 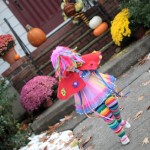 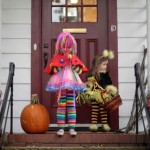 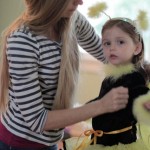 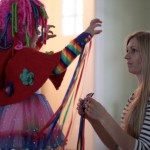 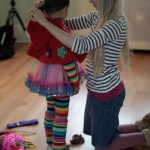 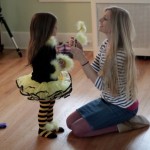