To send us off on our holiday in iconic New york style, Cam organised for us to go to the Christmas Spectacular. I was so excited when he phoned me and said “Do you want to go the the Christmas Spectacular before you leave?”. I had thought we would miss out on going before we left as it does not officially open until the evening of our departure…but as it turns out, that depends on who you know! Cam was able to get us tickets for a dress rehearsal, and so to mark the beginning of the holiday season in New York City and to make our bon voyage a celebration, we went as a family – for the first time with Elle, to the Radio City Music Hall Christmas Spectacular.

I just love this event, it has become our annual tradition – We have been to the Christmas Spectacular every year since we arrived in New York, December of 2007. That year Grandma bought us tickets as a gift, and little did we know then that Cam would go on to work for Broadway. Now, the fourth year in a row for Maya and I, and Elle’s first time. Elle was sad last year when I felt she was not old enough to come, and so it was special that we could now all go together.

We did not have as much time in the Music Hall foyer as Maya and I have had previous years (we spent too much time outside eating cup cakes from Magnolia Bakery!) and so we did not get to have a photo with a Rockette, but we did get to appreciate the fact that the amazing chandelier was back…

The show is bright and loud and intense, and well spectacular. The lighting, the special effects, the orchestra, the singing and the dancing, it all makes you feel so alive and so passionate and it really puts you in the Christmas spirit! I did not take photos of the actual show this year, but you can see photos of the show that I took last year here .

Elle spent much of her time talking through the show, “When will Santa come back?” and was not as enthralled with the dancing as Maya had been at the same age. Maya however enjoyed the show as much as ever and was shimmy dancing in her seat – totally adoring the Rockettes.

It is a big night out for little ones, and so after the show we caught the train straight home. Elle fell asleep in her syroller and Maya lay on Cam’s lap playing a game. It was such a pleasure to get off the train in Montclair and walk home to our little house. So very happy to be living out of the city, but still close to it.

So now we are on the verge of our trip to Australia, and this will be my last post until will get there and get settled. Not sure now much blogging I will do while away, but be sure I will share our adventure. Must bid you farewell for now and will write again from the other side of the world next week… 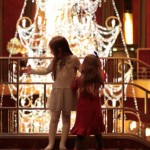 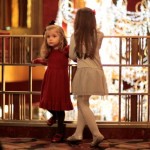 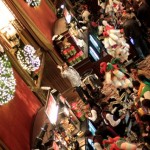 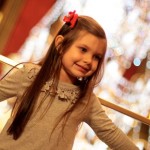 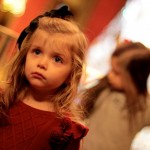 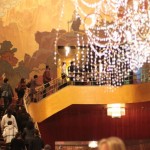 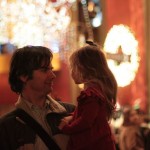 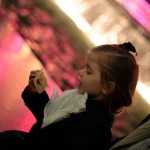 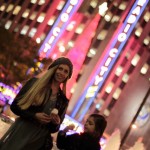 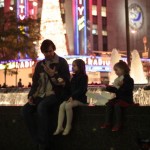 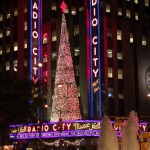 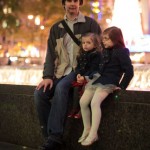 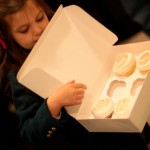 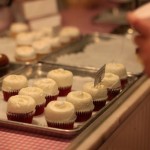 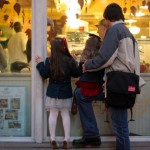 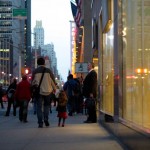