We had snow snow, so much snow this Winter which meant that we were able to make not just one, but two snow caves! We outdid ourselves on the second one, which had a sculptural quality and ended looking (with much amusement to Cam)  like a giant boob! who doesn’t like a giant snow boob sculpture in their back yard now?

The snow was so very lovely and beautiful and bountiful that I was quickly in the creative zone, making. I am one of those people that if I get an idea I just do not stop. Working away with intensity suits me. I was so in love with the snow and if you will allow me some zen notions, I was at one with the snow. Seriously, the way I could smooth and shape it with my hands put me in a space where there was just no separation. I felt like kissing the snow with gratitude for being snow…maybe that is sharing too much, but I suppose this just shows the extent to which I am a nature lover.

Sometimes there is a fine line between being an artist and being crazy…well there is for me (Ok, now I will admit I actually did kiss the snow) and I am sure when my neighbours look out their window they shake their head. It is freezing cold, and it is almost dark and there I am still outside in the snow meticulously getting the shape of the snow boob just right! Luckily for me, what people would think just falls away, and  I am like a child. The desire to play and make overrides all.  I have to see the vision through because creating is a passion. I have found over the years that by being able to find satisfaction from seasonal gifts means I really look forward to each season, and I have a  greater connection and an sense of experience with each change. The most important thing I gain though, is a deep and ever growing respect for this amazing planet we live on. 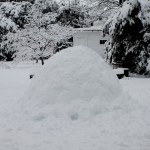 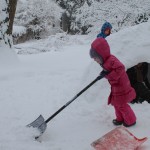 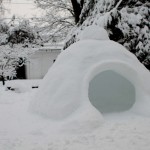 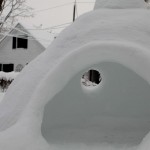 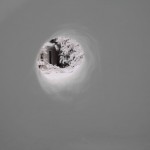 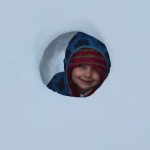 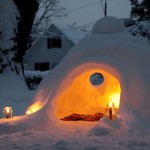 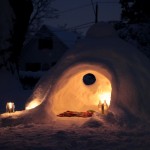 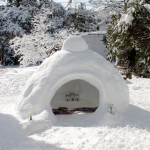 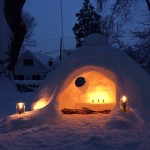