We made plans with Nina early in the week to go for a walk together. We had intended to take Nina’s dogs Yogi and Lila for a walk. Nina arrived at our doorstep with a clear idea of where we were going and so with appreciation we joined her in a stroll around the neighbourhood. Nina said she has some friends she wanted to introduce us too and that there was a surprise we would enjoy in their back yard. We went along with Nina over the train tracks and down and around into the street that our street would continue into were it not for the train track. This street is a little wider than ours and has many more old trees. Many of the houses are built on double blocks and have beautiful lawns and gardens. After a short walk we came to Nina’s friend’s home. A large Victorian house built and owned by Susan and Randy. Introductions were made, and Susan took us down the side of the house to the back yard. There standing in the yard was the most adorable chicken coop I have ever seen! I exclaimed with delight “Oh my goodness, chickens, what a cute chicken house!” I love chickens, I always have. Part of my good growing up was to tend the chickens. This meant letting them out of their chicken shed in the morning, feeding and watering them, and then putting them away at night – and the best part – collecting the eggs. I told Susan of my love of chickens – the Girls have heard this farm story many times. “I had a clucky hen named Wilhelmina”. I then went on to explain the term clucky, which in America is broody. “Wilhelmina would stay clucky, all she wanted to do was sit on eggs and hatch chicks”.

Susan let the chickens out of their house. The chickens explored their lush yard, scratching and pecking with delight. They had wonderful freedom to poke around the garden, eat tomatoes growing on vines and dig through the compost. These were the most beautiful chickens I had ever seen, each one unique. Fat and plump and shinny and happy, just as a chicken should be. The Girls took a little getting used to these big birds, and both jumped and squealed when the chickens suddenly scuttled – as chickens will do in a burst of wings and squawks for no apparent reason. Susan offered for the Girls to collect the eggs – which was met with enthusiasm. Susan opened the lid to the laying box conveniently located on the outside of the coop. Maya was tall enough to see in and so she got to collect the eggs. Little sister stood beside full of effort to reach. There in an end box sat a pretty golden chicken. Susan scooted her off to reveal five perfect eggs. Each a different colour related to the hen that had laid it. It is not unusual for chickens to favor a box, and each lay an egg in the same spot. Maya was very keen to collect them and so reached in to take her pick. The Chicken that we had bothered, jumped back into her nest and tried to gather the eggs by rolling them with her beak. I felt a pang of guilt for her. Chickens are actually attached to their eggs and latter on after we had remove all the eggs the sitting chicken clucked and tutted at us for taking them. Maya wanted to know if chicks were inside the eggs and I explained that an egg has to be fertilized by a rooster to have a chick in it and that these eggs did not have chicks because Susan and Randy do not have a rooster. With an egg in hand each, Susan then took the Girls on a garden tour. Over to the fish pond to see the goldfish, and then into the vegetable patch. The Children filled themselves up on vine ripe tomatoes warm from the afternoon sun. Susan allowed the Girls to pick handfuls, which were devoured. I felt a bit uncomfortable that the Girls were eating all their ripe produce and encouraged them to save some. “Don’t eat all of them Girls, save some for Susan and Randy”. Susan then told me that they were going on vacation the next day and that they would not be there to eat them. At hearing this, without second thought I said “Who is minding your chickens?”. Susan replied that she was not sure, and so I quickly volunteered us!

Our outing bloomed. We were then invited into the house to meet the kitten that we would also look after. We were showed the animal routine and and given a key to the house. Susan handed us a half dozen egg carton with the days eggs in it and said that we could have the eggs each day they were away. Maya, my food connoisseur clarified “Can we eat them all Mummy?”.

We bid farewell to our new friends – feathered and all, and made or way home. I cooked the Girls a scrumptious omelette with broccoli for dinner. Maya said they were the first real eggs she had ever eaten. I thought it was a super that she said this as it is true, food straight from the source is real, more alive, and better for you, and what I refer to as feel good food – and we really could feel good about eating these eggs. 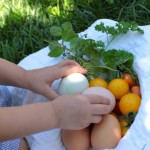 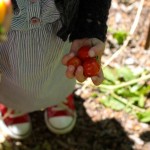 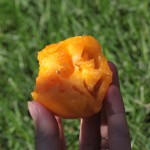 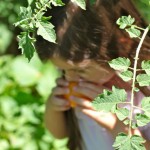 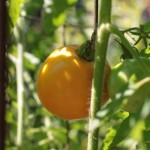 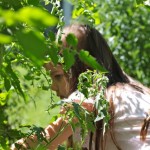 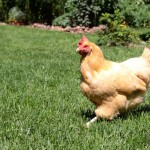 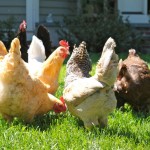 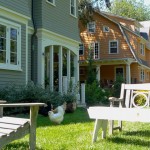 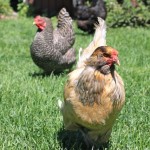 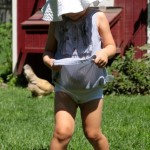 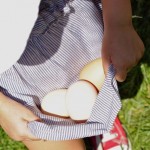 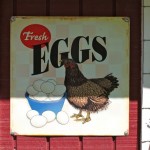 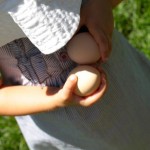 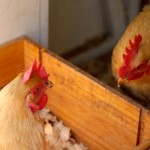 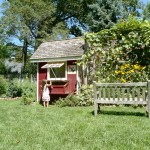 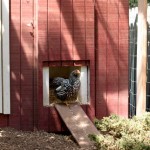 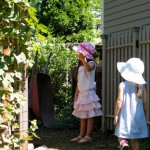 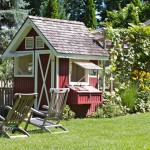 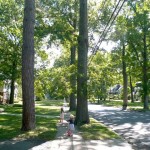