Elle is dabbling in fibs, and while I do not condone lies and find lies disheartening, her little lies are (secretly) causing us some amusement. Now do not interpret this as my not taking this issue seriously, because I am taking it very seriously, but when relaying the stories to Cam at the end of the day I am finding myself giggling.

Watching your children grow is like unwrapping a multifaceted gift. There are so many surprises along the way, some will be pleasing, some maybe not so. I have to say I was concerned that my precious 4 year old girl would lie! After the first incident I went up to the attic and relayed the story to Cam. Cam sat at his desk, continuing to type on his computer while I spoke. He was really only half listening, granted my stories are long with lots of detail, but when I got to the part where I said “Elle told her first lie.” he stopped and turned to me. Now for those of you that do not know my husband, one might expect him to say something like…”I will talk to her about it too”. However, I married my husband for his sense of humour and so with a chin held high and downcast eyes at me he scolded,  “How dare you come up here and try to destroy the image of my angel and taint my view of our golden child,  we all know who the liar is!”

Let’s just say we are a dramatic family… So I left the attic feeling mildly amused and with some of my intensity over the issue dispelled – which is a good thing, because I can be way too serious. But still… to me this is serious! Now Elle’s fibs are beyond white lies or saying things to avoid the truth, she is constructing elaborate scenarios based on an untruth. Most recently such a scene involved friends, and lasted over the course of days – totally harmless, but still, contrived. Were I not confident in my parental role of guiding her well, I might be worried. Elle my friends, is more than a pretty face. Elle is clever.

The thing is with a child who lies, is that once you get a whiff of their scent, you begin to recognise it and you can sniff out the lie. I am grateful to be tuned into this little being so precisely, because otherwise I would be hoodwinked. Elle has all of a sudden put me on my toes.

Along with a nagging feeling of needing to address this as a problem, I aslo had a sense of guilt. I questioned my mothering of her. Do I give her enough attention? Do I praise her for the positive clever things she does? Do my reactions make her fearful to tell the truth? I ruled out my uncertainty pretty quickly. Elle was breast fed for 2 years, and co-sleeps still, and does not go to any form of childcare, so yes, she gets a lot of love and attention from me. I constantly praise her for her achivements. Elle has great verbal intelligence, with a wonderful clear spoken vocabulary. Elle can draw all day, and I am with her always to commned these things. Lastly, my reactions, could have something to do with it, I am stern and strict, and I am prone to raise my voice, but the thing is, she is not lying to stay out of trouble, she is orchestrating lies so that we are like puppets on a string.

So with some invested thought, I have concluded Elle’s lying is about control and about asserting her power, and about her extrodinary creativity. Elle is experimenting with her ability to make us do things with her choice of words. Elle is creating scenarios and we are performing accordingly, like we are all actors in a part in her scene. Elle has realised, that she can create other realities in her life, based on an idea, truth or not, and she is really good at it. Oddly, I have shifted some of my worry by looking at her imaginary fabrications (lying) as a talent, and I am sure with more thought on this, I will direct her skills appropriately.

All is fine until someone gets hurt, and as I carry the mother load, the responsibilty to raise our little people into healthy honest big people, means I have to deal with this, and deal with it now. I sat Elle down for a serious talk, from the perspective of lying being fun, but not ok. Elle gave me some feedback, in the from of hisses and teeth grinding followed by some of her made up language words, that I translated to mean “I don’t want to talk about it”. I let it be, I had done all I could do and resoved to find myself a comfortable place to sit back and observe. However and whatever happens in life, I am so incedbily grateful to be her Mother, no matter what she does, I am very proud of this pretty little liar. 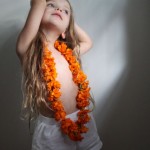 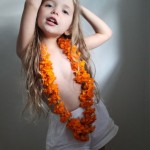 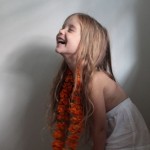 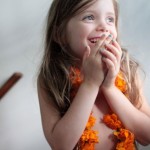 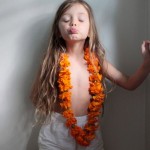 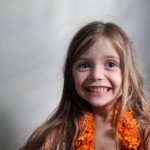 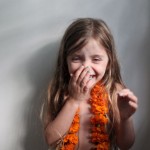 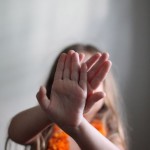 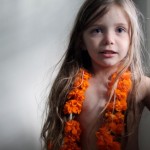 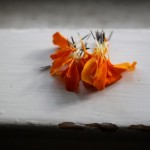 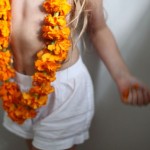 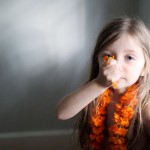 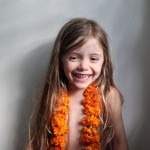 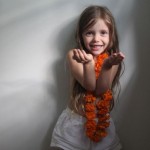 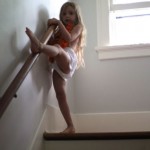 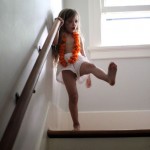 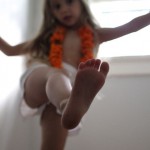 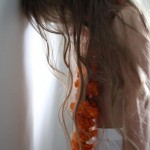 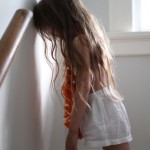 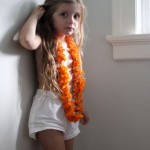